Senator Dianne Feinstein has been leading the effort to ensure athlete safety for over a year. For anyone with any lingering doubt about what happened or why the federal government should be involved, please read Washington Post columnist Sally Jenkins excellent piece entitled USA Gymnastics allowed Larry Nassar to prey upon innocent victims. Congress must investigate:

This was a national organization that had charge of other people’s children, under a charter approved by Congress. There must be a neutral independent investigation. One thing such an investigation will reveal is the sick culture of obedience at USA Gymnastics that provided such a hothouse for an abuser. Other organizations recognized decades ago that boundaries and decencies must be observed when going anywhere near the pelvises and breasts of young women. Not USA Gymnastics. Why not? And who is responsible for not enforcing those decencies?
…
Without a full, meaningful investigation of how Nassar was shielded by these institutions for 30 years despite the most obvious medical misconduct, the testimony of the more than 160 women over the last week will be for nothing. Otherwise there only will be another abuser after him. The USOC and USA Gymnastics and their persistent cultures of evasion and avoidance and enforced silence have to be torn down. The people in charge of this horror chamber must be exposed and punished. And replaced by real leaders.

While further Congressional investigation is definitely necessary, the Senate has already passed by unanimous consent decisive well-considered legislation which is supported by 270 organizations and individuals. The Senate Judiciary Committee held hearings and passed this legislation to protect young victims who participate in amateur sports from sexual abuse.

More needs to be done — protecting children from abuse is a relentless never-ending process.

AT THIS POINT HOWEVER SOMETHING HAS BEEN DONE.

As Senator Feinstein declared yesterday: “It is incumbent on Congress to affirm all of these young survivors who stepped forward to tell their stories, to let them know that we hear their voices and will act swiftly and decisively on their behalf.” 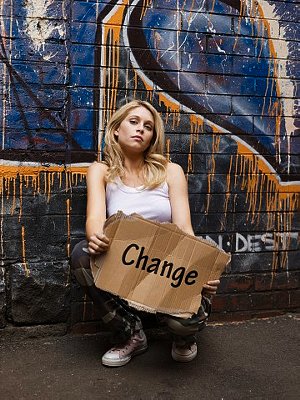 Following the sentencing of Larry Nassar to up to 175 years in prison, Senator Dianne Feinstein (D-Calif.) on Tuesday will host a press conference with abuse survivors to call on the House to immediately take up Senate-passed legislation to prevent future predators from abusing young athletes.

Press conference to call on the House of Representatives to vote on comprehensive, Senate-passed legislation to require amateur athletics governing bodies to immediately report sex-abuse allegations to law enforcement and strengthen oversight of gymnasiums, amateur sports organizations, and coaches