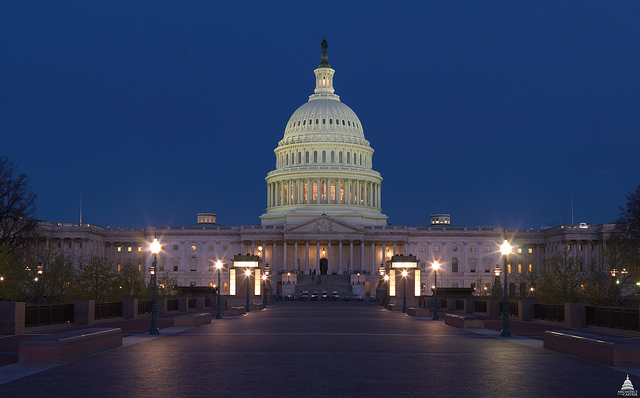 The Amy and Vicky Act creates an effective, balanced mandatory restitution process for victims of child pornography that responds to the Supreme Court’s decision in Paroline v. United States. It does three things that reflect the nature of these crimes.

First, it considers the total harm to the victim, including from persons who may not yet have been identified.

Third, it allows defendants who have contributed to the same victim’s harm to spread the restitution cost among themselves.

After the Supreme Court – Congress Must Now Act

Yesterday, the Supreme Court acknowledged that Amy and other victims suffer very real and grave losses from the possession of their child sex abuse images by individuals such as the defendant in that case, Doyle Randall Paroline. Even if Paroline downloaded Amy’s child sex abuse images in the middle of the night, in the privacy of his own home, with no one else watching, Amy was still seriously injured.The Supreme Court also ruled that all possessors of child pornography must pay restitution to their victims. And the Supreme Court ruled that the restitution law should (and, if properly written, may) require defendants to pay significant sums in restitution.However, the Supreme Court ultimately decided that unlike the restitution statute employed by the prosecutor in the Law and Order episode, the federal restitution statute Amy invoked does not provide for full restitution, despite its express language requiring “full restitution.” Paroline v. United States.

The United States Supreme Court issued its opinion today in a long continuing case that NCVLI has been involved with since 2009. The decision, which involves the proper scope of financial recovery for a victim in a child-abuse image case (aka child pornography cases), is unfortunately one of mixed messages and new hurdles for victims across the country.

In Paroline v. United States, Defendant was convicted of possessing two images of “Amy” being photographed as her uncle sexually abused her when she was a young girl (8 years old). The district court awarded “Amy” nothing in restitution, despite her documented losses of approximately $3.4 million for harms including future counseling and lost income. On appeal, the Appellate Court reversed and ordered defendant to pay “Amy’s” full losses in restitution. The Supreme Court reversed and remanded.

This reversal came despite the Court’s recognition that the victim’s costs “are direct and foreseeable results of child-pornography crimes, including possession”, that “every viewing of child pornography is a repetition of the victim’s abuse,” and that Congress’ clear intent was “that victims of child pornography be compensated by the perpetrators who contributed to their anguish”. The Court cautioned that restitution awards should not “be a token or nominal amount”; in light of the varied amounts in restitution awards issued over the years this statement is paltry solace for these victims who have already endured too much.

Child Pornography victims need a roadmap to restitution, and Congress can provide it

Today the Supreme Court unambiguously affirmed the right of victims of child pornography to receive restitution. But the process by which restitution is collected remains extremely difficult and burdensome for the victims. Congress must act to bring clarity and lift the victim’s heavy load.

In light of today’s decision in Paroline v Amy Unknown, the National Center for Victims of Crime calls on Congress to re-draft the statute to ensure that victims get just and fair restitution. Justice requires that we shift the burden of collection, which is currently on the victims, on to those who participate in this illegal trade.
“The Supreme Court has stated 9-0 that child pornography is not a victimless crime and that this harm creates a right to restitution. Congress must step up and provide victims with a roadmap to enforce that right,” said Mai Fernandez, Executive Director of the National Center for Victims of Crime.